Tastes of Life: To the Market We Go…

In my last blog I hinted about more stories from the trip to Bordeaux. I have been trying to remember the names of the several towns where we went to the markets in the mornings to select the meat, fish, and incredibly fresh produce that we would be working with and cooking that day. Having never experienced a European market place, I had no expectations and so everything was a surprise as every one of my senses was stimulated, especially visually. 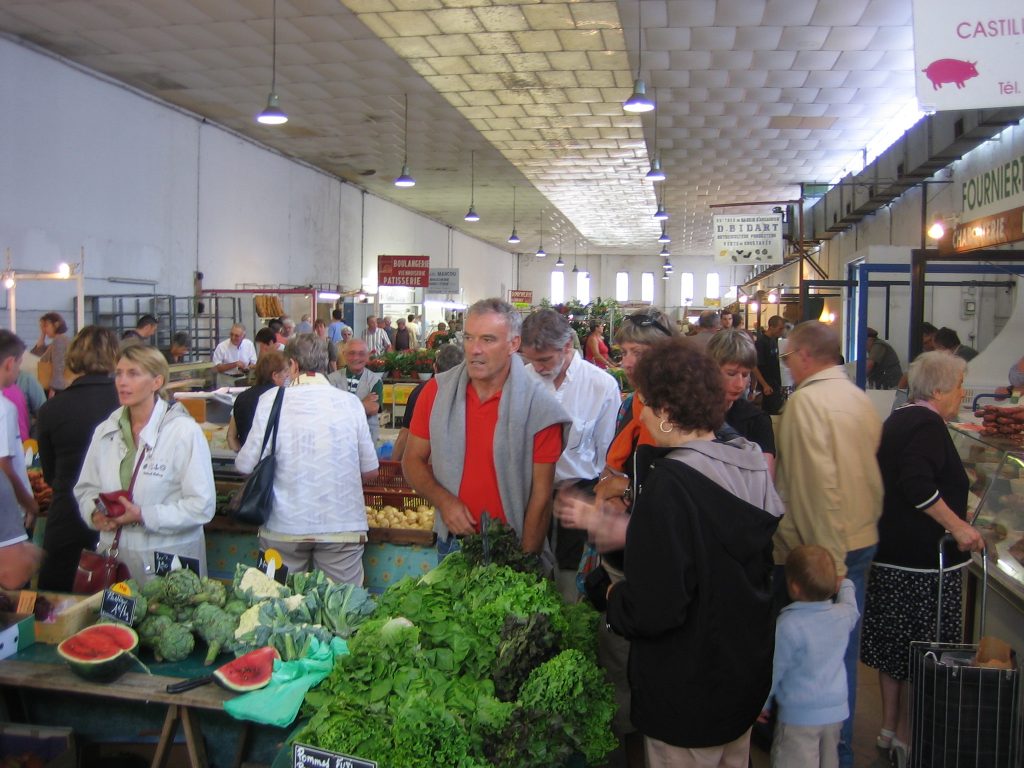 This new world I was exploring felt endless in the streams of people and array of foods that surrounded me. Thank goodness that Jean Pierre Moullé knew just where to lead us, though at times I was tempted to follow where my eyes were drawing me. I was mesmerized, curious, and wanted to see and touch everything; yes, I am one of those individuals who cannot resist touching things. 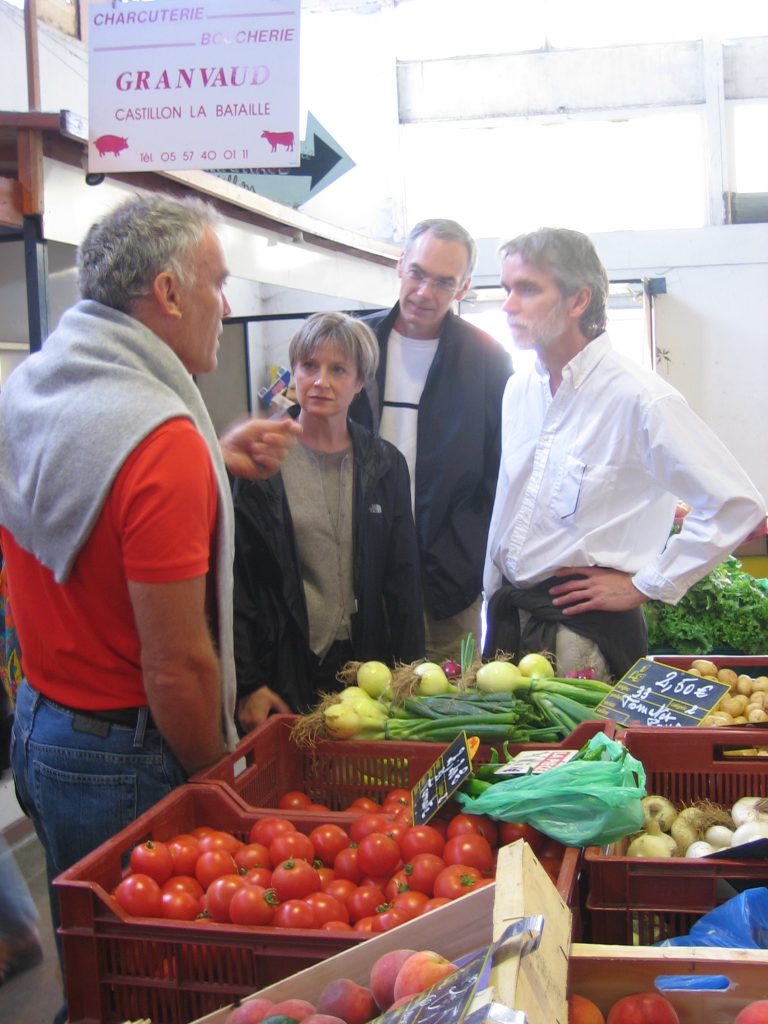 As I write this I cannot for the life of me recall the names of where we went to the markets. I would like to blame the span of ten years on my poor recall of the locations, but sadly I have never been good in geography, and also not very good in remembering names. The ongoing joke as we age is that two heads, or three or four are better than one. So, I have reached out to our friends who we traveled with in hopes of getting at least a couple of location names. I had also emailed my husband at work though I imagine he rolled his eyes, because he had already written a couple of the towns down for me, but, as my writer’s clutter would have it, I have not been able to find that one small piece of paper.

Meats and fish at the markets were plentiful in various form. 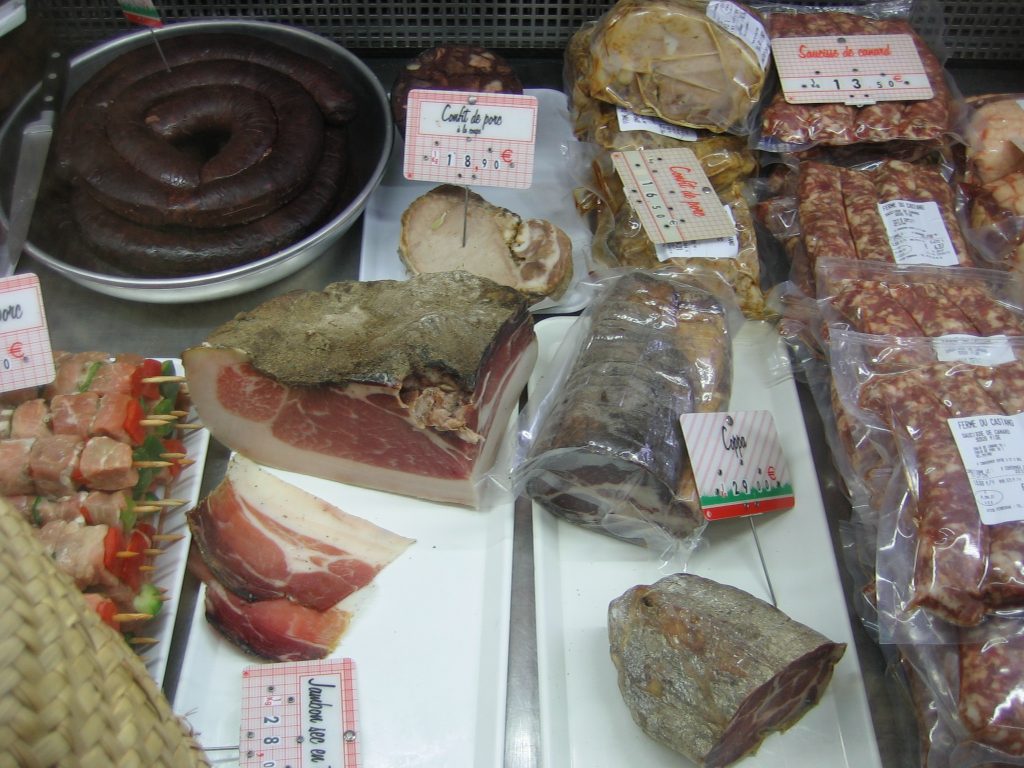 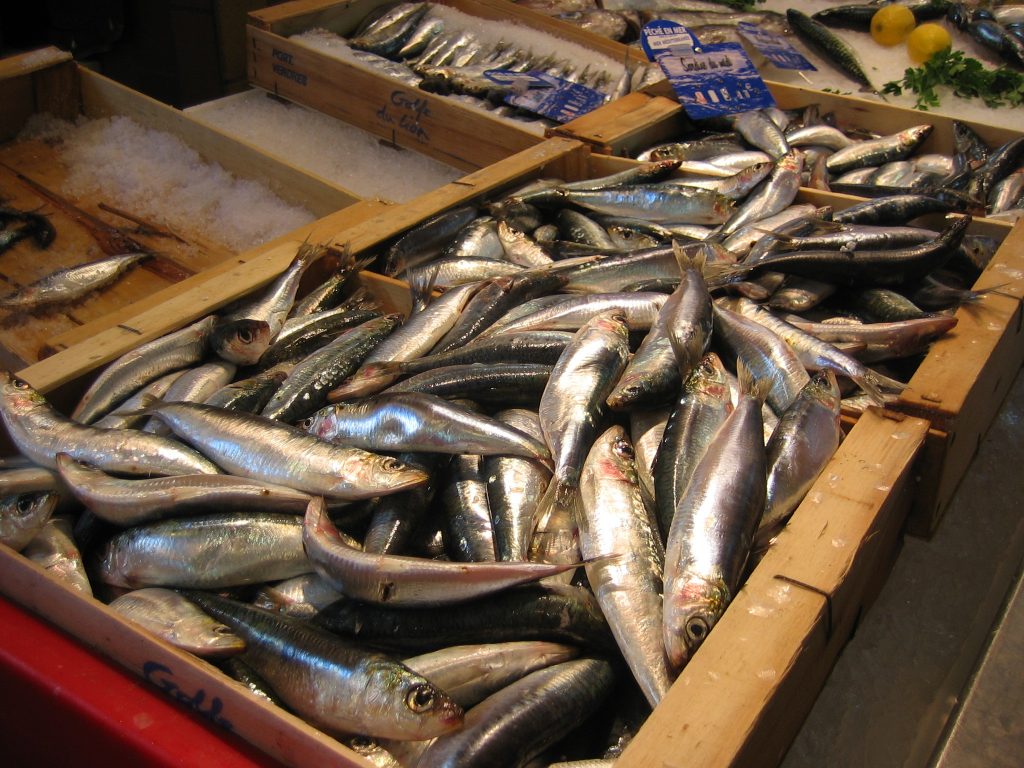 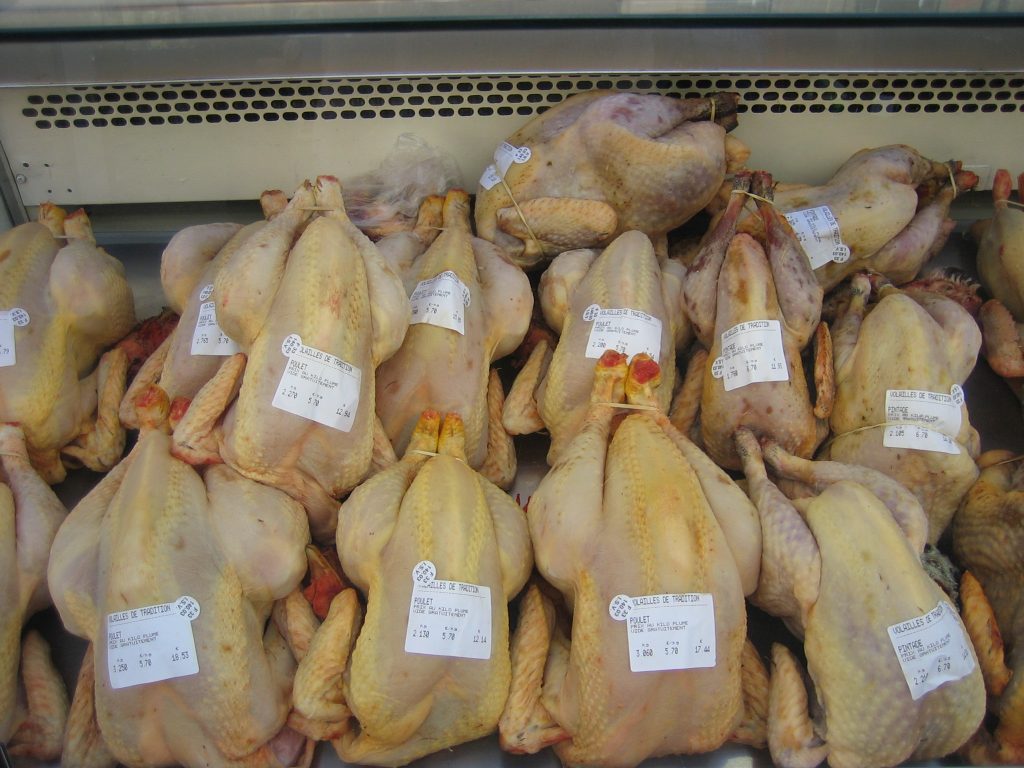 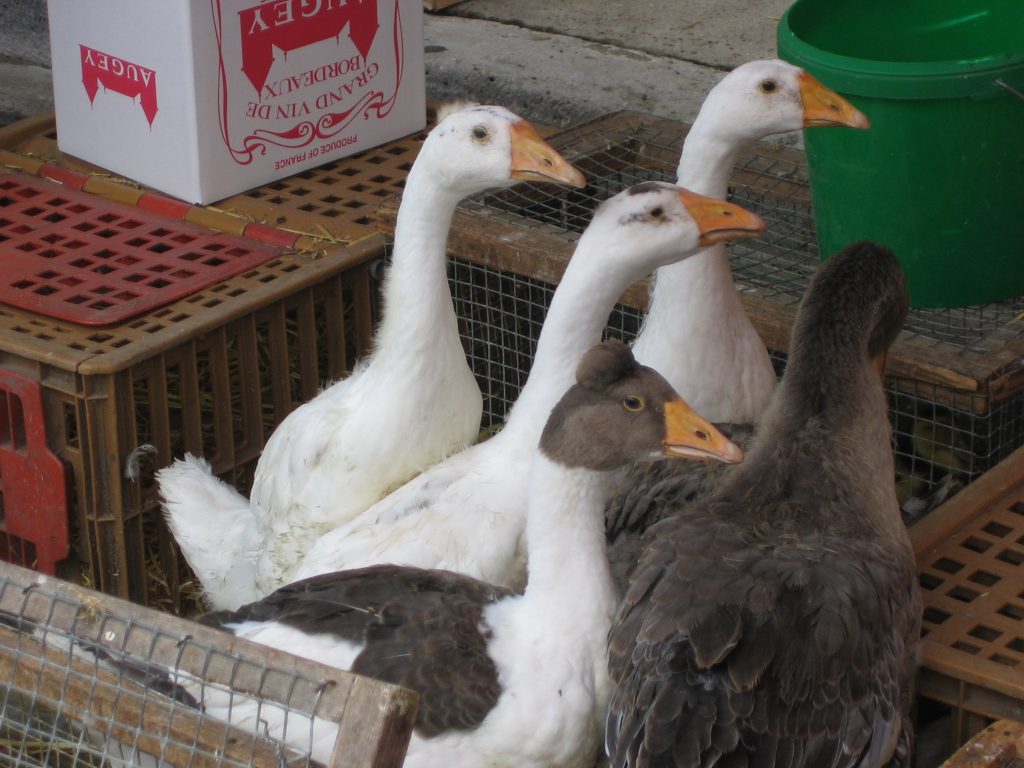 But the live fowl looked like they knew what was to come and were trying to find a way out. I was relieved that we did not carry anything that moved back to the country home kitchen where we would soon be preparing a variety of recipes.

Vegetables, as if posing in groups and calling out, “Take my picture,” summoned my attention. Every place I turned there was another food photo opportunity. 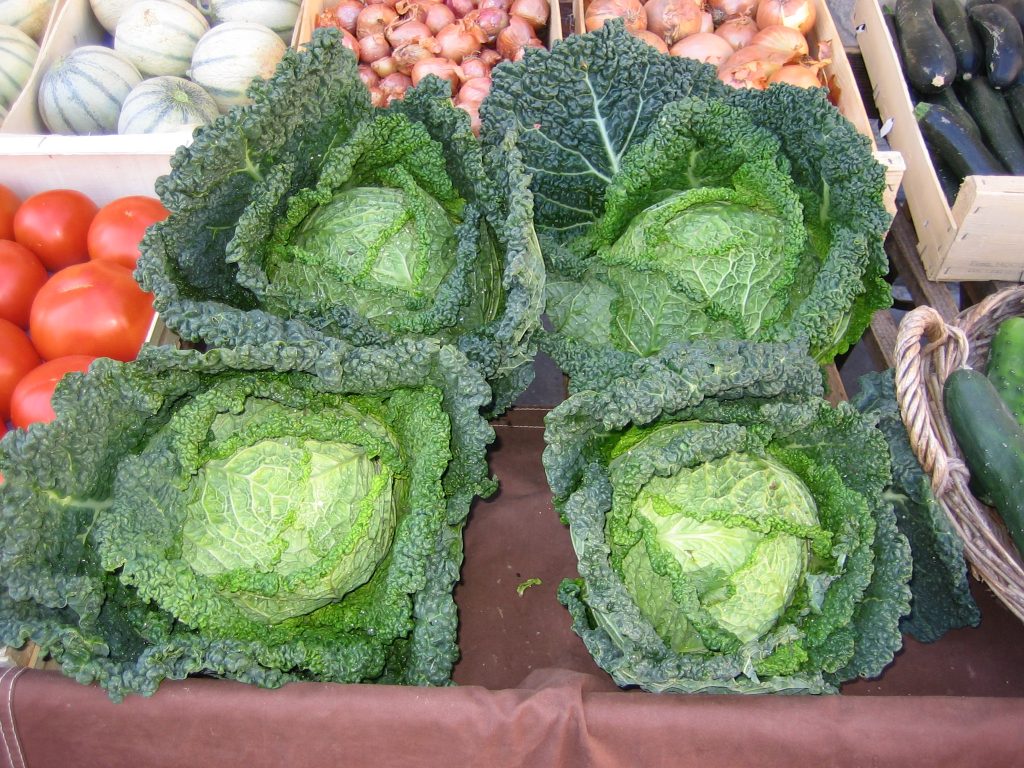 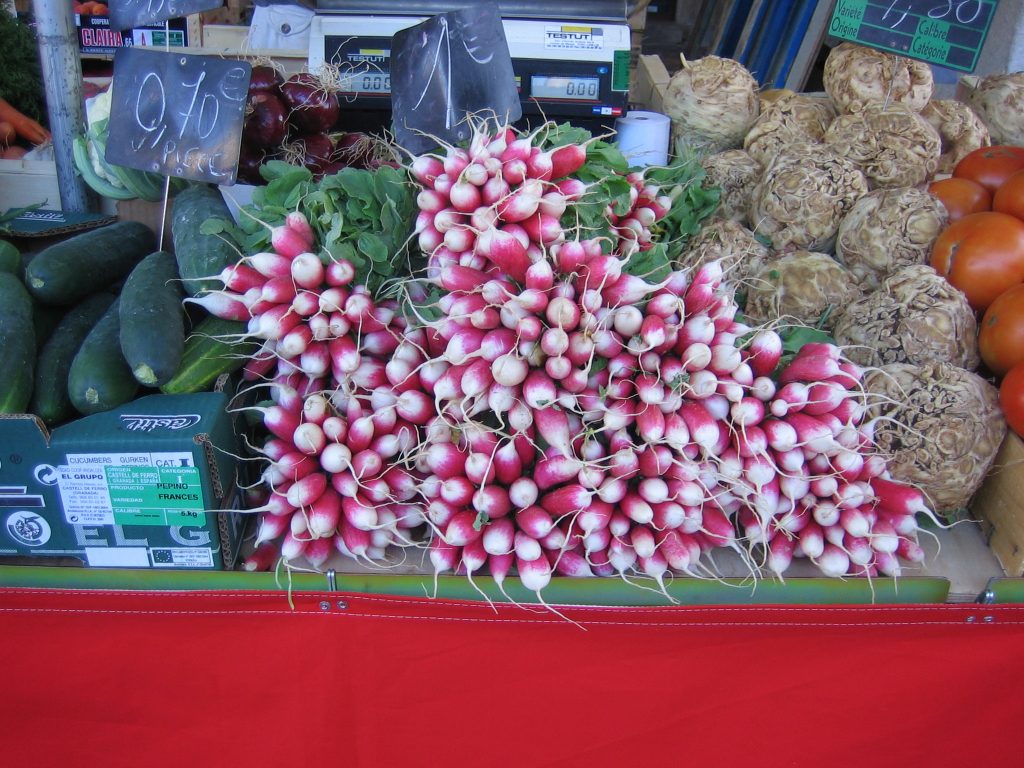 So much of everything was too beautiful to resist; I wanted to taste every color. It was hard to know what to buy to make dessert so we splurged and picked various fruits knowing that they would all be a part of something delectable. 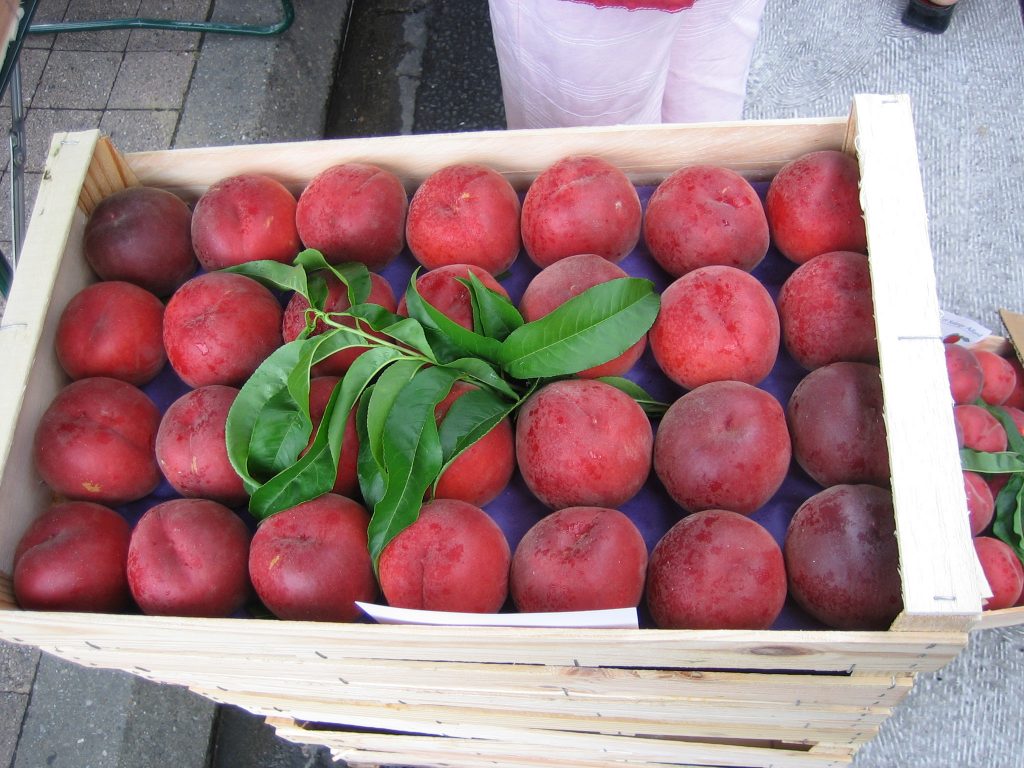 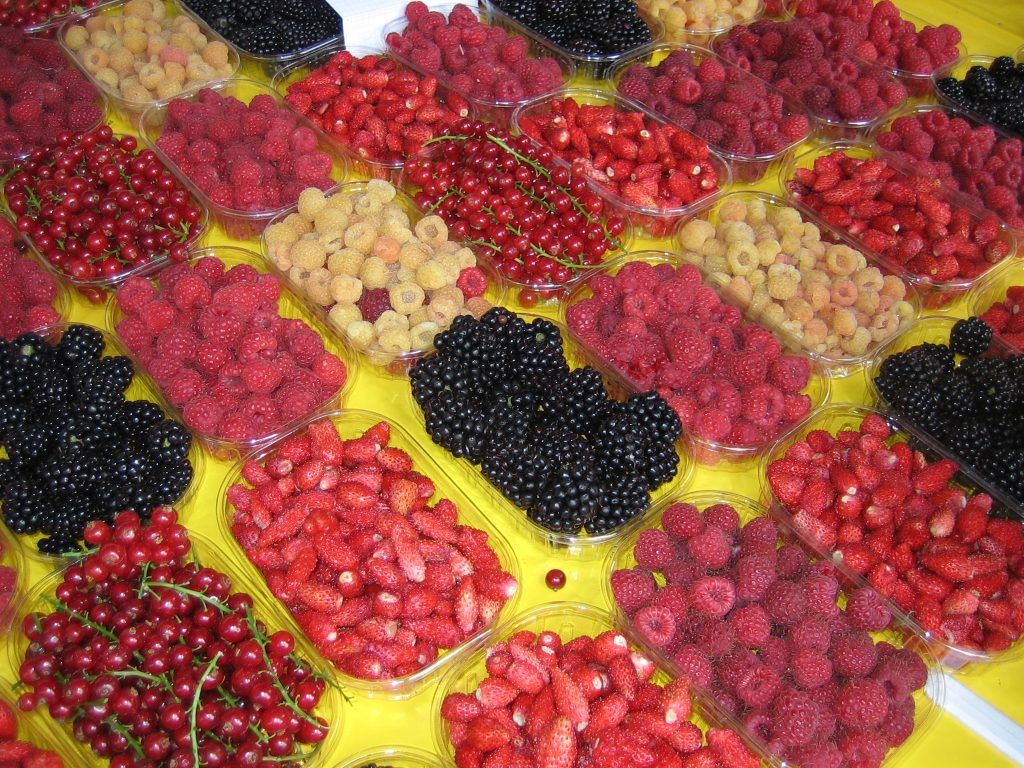 What an adventure in cooking we were going to have! Though I am not skilled in geography, and sometimes when coming out a door I will turn to walk in the direction opposite of the way I am supposed to go, I am confident as I travel the map of a kitchen. I love to eat and I love to cook, and was enthusiastic to try new recipes such as preparing and cooking mussels. But that is another blog. So for now, I leave you with a burst of sunflowers from a French market place to brighten your day. By the way, I am happy to say I now have the names of the towns where we went to the markets – Branne, Libourne, Creon, and Castillon. 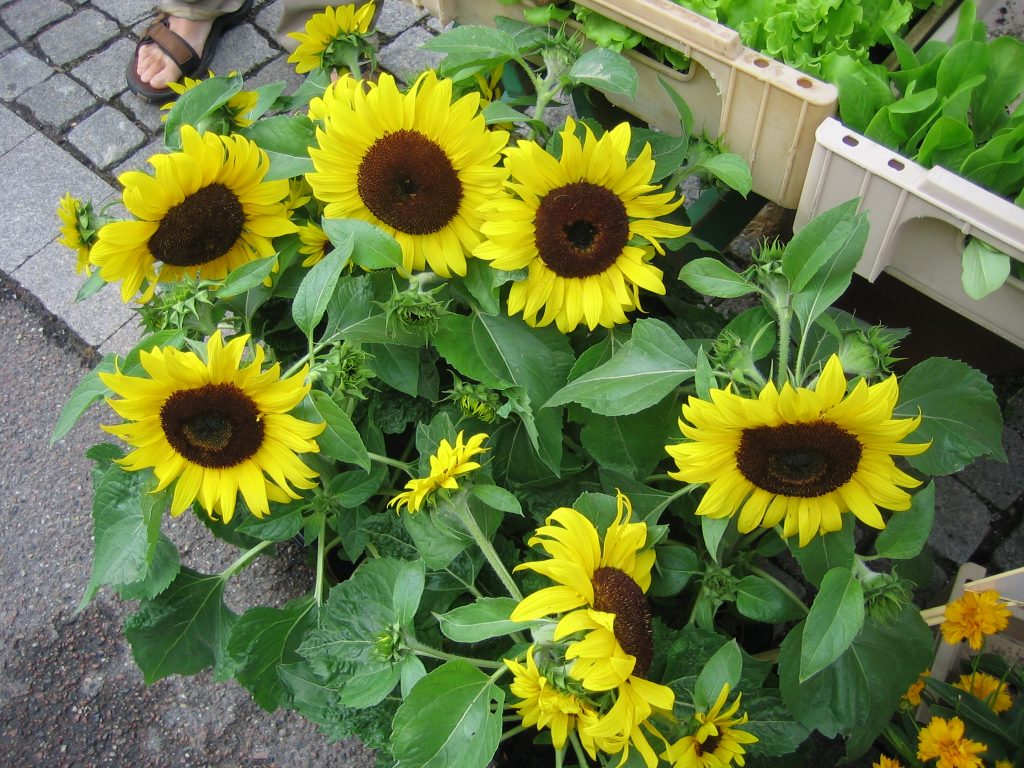 © Anna Bozena Bowen     Anna@AnnaBozenaBowen.com
We use cookies on our website to give you the most relevant experience by remembering your preferences and repeat visits. By clicking “Accept”, you consent to the use of ALL the cookies.
Do not sell my personal information.
Cookie SettingsAccept
Manage consent

This website uses cookies to improve your experience while you navigate through the website. Out of these, the cookies that are categorized as necessary are stored on your browser as they are essential for the working of basic functionalities of the website. We also use third-party cookies that help us analyze and understand how you use this website. These cookies will be stored in your browser only with your consent. You also have the option to opt-out of these cookies. But opting out of some of these cookies may affect your browsing experience.
Necessary Always Enabled
Necessary cookies are absolutely essential for the website to function properly. These cookies ensure basic functionalities and security features of the website, anonymously.
Functional
Functional cookies help to perform certain functionalities like sharing the content of the website on social media platforms, collect feedbacks, and other third-party features.
Performance
Performance cookies are used to understand and analyze the key performance indexes of the website which helps in delivering a better user experience for the visitors.
Analytics
Analytical cookies are used to understand how visitors interact with the website. These cookies help provide information on metrics the number of visitors, bounce rate, traffic source, etc.
Advertisement
Advertisement cookies are used to provide visitors with relevant ads and marketing campaigns. These cookies track visitors across websites and collect information to provide customized ads.
Others
Other uncategorized cookies are those that are being analyzed and have not been classified into a category as yet.
SAVE & ACCEPT